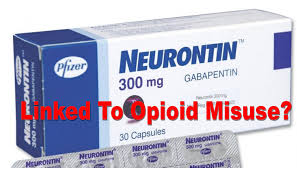 “There is very little data to justify how these drugs are being used and why they should be in the top 10 in sales,” a researcher said.

In 2006, I wrote about gabapentin after discovering accidentally that it could counter hot flashes.

The drug was initially approved 25 years ago to treat seizure disorders, but it is now commonly prescribed off-label to treat all kinds of pain, acute and chronic, in addition to hot flashes, chronic cough and a host of other medical problems.

The F.D.A. approves a drug for specific uses and doses if the company demonstrates it is safe and effective for its intended uses, and its benefits outweigh any potential risks. Off-label means that a medical provider can legally prescribe any drug that has been approved by the Food and Drug Administration for any condition, not just the ones for which it was approved. This can leave patients at the mercy of what their doctors think is helpful.

Thus, it can become a patient’s job to try to determine whether a medication prescribed off-label is both safe and effective for their particular condition. This is no easy task even for well-educated doctors, let alone for desperate patients in pain.

Two doctors recently reviewed published evidence for the benefits and risks of off-label use of gabapentin (originally sold under the trade name Neurontin) and its brand-name cousin Lyrica (pregabalin) for treating all kinds of pain.

(There is now also a third drug, gabapentin encarbil, sold as Horizant, approved only for restless leg syndrome and postherpetic neuralgia, which can follow a shingles outbreak.)

The reviewers, Dr. Christopher W. Goodman and Allan S. Brett of the University of South Carolina School of Medicine, found the drugs, called gabapentinoids, wanting in most cases for which they are currently being prescribed.

As Dr. Goodman said in an interview, “There is very little data to justify how these drugs are being used and why they should be in the top 10 in sales. Patients and physicians should understand that the drugs have limited evidence to support their use for many conditions, and there can be some harmful side effects, like somnolence, dizziness and difficulty walking.” Furthermore, for patients prone to substance use disorders, like an opioid addiction, the gabapentinoids, although they are not opioids, are potentially addictive, he said.

The gabapentinoids are symbolic of three currently challenging problems in the practice of medicine: a deadly national epidemic of opioid addiction prompting doctors to seek alternative drugs for pain; the limited training in pain management received by most doctors; and the influence of aggressive and sometimes illegal promotion of prescription drugs, including through direct-to-consumer advertising.

Gabapentin and Lyrica, both sold by Pfizer, have been approved by the Food and Drug Administration to treat only four debilitating pain problems: postherpetic neuralgia, diabetic neuropathy, fibromyalgia and spinal cord injury. Even for these approved uses, the evidence for relief offered by the drugs is hardly dramatic, Drs. Goodman and Brett reported in JAMA Internal Medicine online.

In many well-controlled studies they found there was less than a one-point difference on the 10-point pain scale between patients taking the drug versus a placebo, a difference often clinically meaningless. For example, among 209 patients with sciatica, Lyrica did not significantly reduce the intensity of leg pain when compared with a placebo, and dizziness was more commonly reported by the 108 patients who took the drug.

But when patients complain of pain related to conditions ranging from sciatica and osteoarthritis to foot pain and migraine, clinicians often reach for the prescription pad and order either gabapentin or the more costly Lyrica.

Following the approval of Neurontin, its producer at the time, Warner-Lambert, engaged in what the government determined was an illegal marketing campaign that resulted in sales exceeding $2 billion a year before its patent expired in 2004. Still, the campaign succeeded in bringing gabapentin to the attention of many doctors who treat patients with persistent life-disrupting pain.

It’s not that there are no other alternatives to opioids to treat chronic pain, among them physical therapy, cognitive behavioral therapy, hypnosis and mindfulness training. But practicing clinicians may be unaware of the options, most of which require more effort for the doctor than writing a drug prescription and are not as easy or accessible for patients as swallowing a pill.

As Dr. Michael E. Johansen, a family doctor in Columbus, Ohio, put it, “I use gabapentin clinically and try to stay close to the approved indications, but occasionally we run out of options when faced with patients who hurt. It’s rare that these drugs eliminate pain, and I don’t tell patients their pain will go away. If there’s any benefit, it’s probably marginal.”

Despite the limited evidence of benefit, in a study published in JAMA Internal Medicine in February, Dr. Johansen found that the number of people taking gabapentinoids more than tripled from 2002 to 2015, with more than four in five taking the inexpensive generic, gabapentin.

In 2016, 64 million prescriptions for gabapentin were dispensed, up from 39 million in 2012, Drs. Goodman and Brett reported in The New England Journal of Medicine. They believe that the opioid epidemic partly fueled this increase. “While working in inpatient and outpatient settings,” they wrote, “we have observed that clinicians are increasingly prescribing gabapentin and pregabalin for almost any type of pain.”

Dr. Johansen cited several serious concerns about overuse of gabapentinoids, including “a dearth of long-term safety data, small effect sizes, concern for increased risk of overdose in combination with opioid use, and high rates of off-label prescribing, which are associated with high rates of adverse effects.”

Contributing to the frequent misuse of gabapentinoids is how doctors interpret the term “neuropathic pain” for which the drugs are commonly prescribed. It is defined as pain caused by a lesion or disease of the nervous system, leading clinicians to assume that if a drug is effective for one type of neuropathic pain, it is effective for all types, regardless of the underlying cause, Drs. Goodman and Brett suggested.

Dr. Johansen pointed out that “there is no recipe book” for treating pain with gabapentinoids. “Doctors need to work with one patient at a time and figure out what works and what doesn’t work,” he said. He noted that many times pain resolves with “the tincture of time” but patients and doctors may attribute improvement to the prescribed drug. For those taking a gabapentinoid, he suggested that patients’ doctors readdress its use after two or three months.

But Dr. Goodman cautioned against going off the drug cold turkey because there can be unpleasant withdrawal symptoms.

A Clinical Overview of Off-label Use of Gabapentinoid Drugs

Background  The gabapentinoid drugs gabapentin and pregabalin were originally developed as antiseizure drugs but now are prescribed mainly for treatment of pain. For gabapentin, the only pain-related indication approved by the US Food and Drug Administration (FDA) is postherpetic neuralgia. For pregabalin, FDA-approved indications related to pain are limited to postherpetic neuralgia, neuropathic pain associated with diabetic neuropathy or spinal cord injury, and fibromyalgia. Despite these limited indications, gabapentin and pregabalin are widely prescribed off-label for various other pain syndromes. Such use is growing, possibly because clinicians are searching increasingly for alternatives to opioids.

Observations  This report summarizes the limited published evidence to support off-label gabapentinoid uses, describes clinical cases in which off-label use is problematic, and notes how review articles and guidelines tend to overstate gabapentinoid effectiveness.

Conclusions  Clinicians who prescribe gabapentinoids off-label for pain should be aware of the limited evidence and should acknowledge to patients that potential benefits are uncertain for most off-label uses.

Trial of Pregabalin for Acute and Chronic Sciatica

Sciatica can be disabling, and evidence regarding medical treatments is limited. Pregabalin is effective in the treatment of some types of neuropathic pain. This study examined whether pregabalin may reduce the intensity of sciatica.

METHODS: We conducted a randomized, double-blind, placebo-controlled trial of pregabalin in patients with sciatica. Patients were randomly assigned to receive either pregabalin at a dose of 150 mg per day that was adjusted to a maximum dose of 600 mg per day or matching placebo for up to 8 weeks. The primary outcome was the leg-pain intensity score on a 10-point scale (with 0 indicating no pain and 10 the worst possible pain) at week 8; the leg-pain intensity score was also evaluated at week 52, a secondary time point for the primary outcome. Secondary outcomes included the extent of disability, back-pain intensity, and quality-of-life measures at prespecified time points over the course of 1 year.

CONCLUSIONS: Treatment with pregabalin did not significantly reduce the intensity of leg pain associated with sciatica and did not significantly improve other outcomes, as compared with placebo, over the course of 8 weeks. The incidence of adverse events was significantly higher in the pregabalin group than in the placebo group. (Funded by the National Health and Medical Research Council of Australia; PRECISE Australian and New Zealand Clinical Trials Registry number, ACTRN12613000530729.